Every 4th of July I get excited about cookouts, patriotic swimwear, and most importantly, Founding Fathers. The Founding Fathers were the men who helped found the United States of America and are remembered mostly by their white wigs and stern portraits. Many of these influential members have been in the limelight recently via the popular Broadway play Hamilton by Lin-Manuel Miranda. This play motivated me to read about its main character, Alexander Hamilton; I thought it appropriate to use the same biography that inspired Miranda – Alexander Hamilton by Ron Chernow. 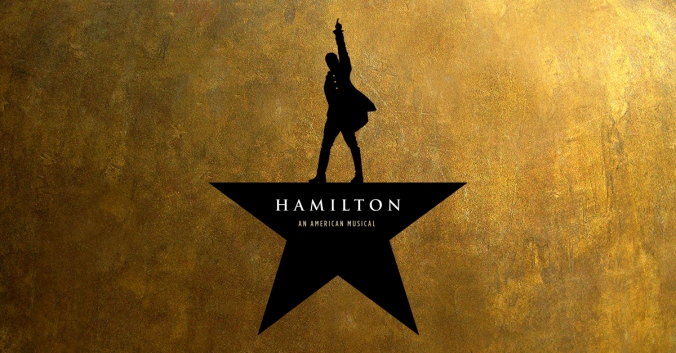 Hamilton is most well known for his portrait adorning the 10 dollar bill and dying in a duel against the former Vice President Aaron Burr. Unfortunately, it was this duel that cost Hamilton his rightful place in high school textbooks – unexpectedly dying at the age of 49 allowed his enemies to perpetually smear his name and downsize his accomplishments. In opposition to history’s unfair treatment, I feel confident in declaring Alexander Hamilton the greatest Founding Father of all time. I’ve read the biographies of George Washington, John Adams, and Thomas Jefferson – none of those great men matched Hamilton’s political accomplishments and moral fortitude. 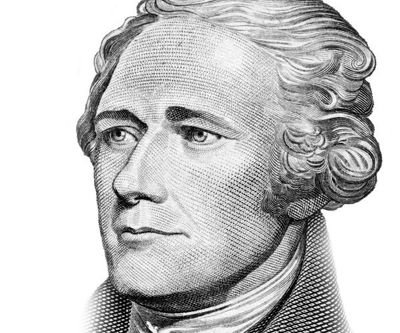 Hamilton was born as an illegitimate child on the island of St. Croix in 1757. His family life was far from ideal and he had to work extremely hard to rise up from the poverty that consumed his future prospects. He was a precocious child and by the time he was a teenager, merchants were noticing his work ethic and his magnificent writing style. Some wealthy families desired to sponsor Hamilton’s education – allowing him to move to the mainland and later enroll in what is now Columbia University in New York City. 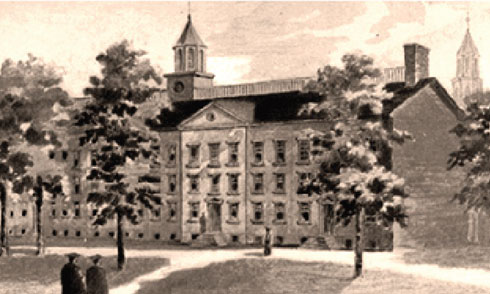 While studying at Columbia in 1774, Hamilton was taken under the wing of many revolutionary mentors who shaped his eventual desire to fight for American independence. Once the fighting did commence, Hamilton helped form local militias and was actually an artillery captain in several engagements: The Battle of White Plains, the Battle of Trenton, and the Battle of Princeton. Although he desired to be on the frontline, higher up officials later employed him as an aide-de-camp because of his writing skills.  His incessant work ethic caught the attention of George Washington who made Hamilton his Chief Staff Aide. As Chief Staff Aide to George Washington, Hamilton ran the Continental Army with his behind the scenes paperwork – Washington was the figurehead but Hamilton was the orchestrator. 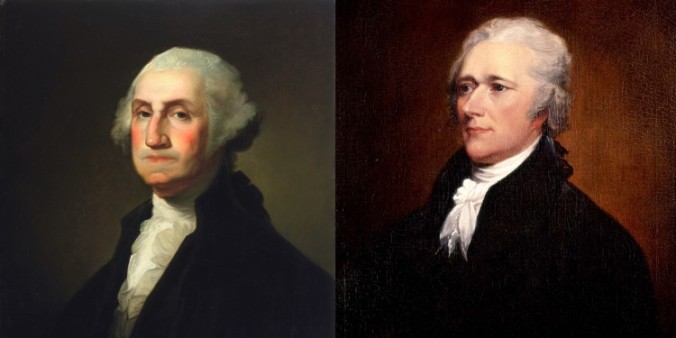 After the war, Hamilton took up a law practice and pushed more than any other Founding Father for the ratification of the Constitution. His famous Federalist Papers argued for a stronger central government and the states to be a united body. Once the Constitution was adopted, George Washington was elected President and he quickly nominated Hamilton as the first Secretary of the Treasury. As Treasury Secretary, Hamilton changed the United States forever by forming the first National Bank which took responsibility for state debts. This genius move forced the states to unify under the central government and showed foreign countries that America was a stable investment.

It was Hamilton’s push for a stronger central government that drove his political opponents mad. Thomas Jefferson hated Hamilton and paid people to publish false reports that the Treasury Secretary was a monarchist and wanted to anoint a British King. This rift between Hamilton and Jefferson formed the first underpinnings for political parties in America. Hamilton was seen as a Federalist and Jefferson a Republican (no connection to the modern day party) – Federalists were stereotyped as the aristocratic class who were pro-British while Republicans were stereotyped as the agrarian class who were pro-French. Hamilton was accused of pocketing money from the Treasury Department and his reputation was constantly being smeared – all accusations were pursued by Congress but Hamilton was found completely innocent. 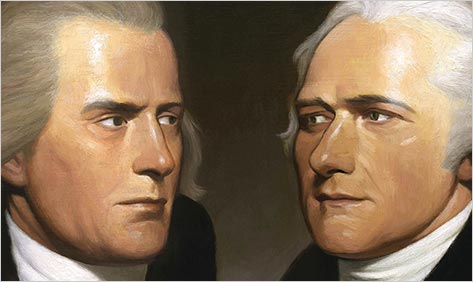 The Federalists would be pushed aside by the Republicans when Thomas Jefferson was elected President; Hamilton at that time was seen as an evil adulterer, monarchist, and money monger. His political decline culminated with a duel with Thomas Jefferson’s Vice President – Aaron Burr. Hamilton purposely did not aim at Burr because he believed Burr did not wish to kill. Unfortunately, he was completely wrong. Hamilton died the day after -leaving his wife and seven children behind. A parade commemorating his death in New York City was said to be bigger than the funeral parade for George Washington. 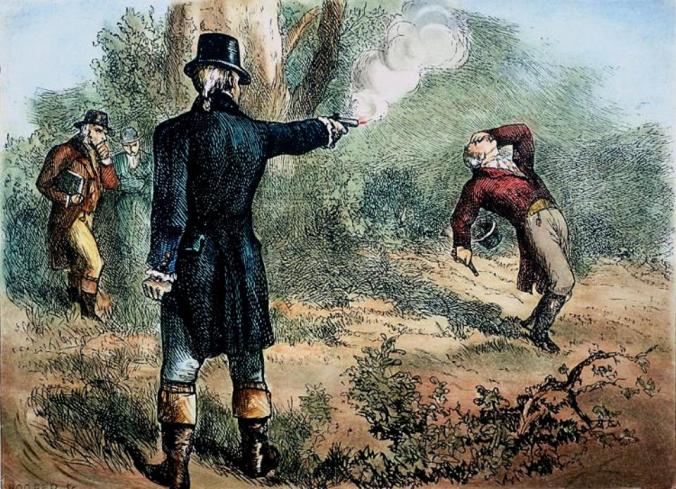 Alexander Hamilton is the Greatest Founding Father because in the words of Chernow, “No other founder articulated such a clear and prescient vision of America’s future political, military, and economic strength or crafted such ingenious mechanisms to bind the nation together.” Hamilton not only got his hands dirty with nation building but also kept his hands clean from owning slaves – he actually was a practicing abolitionist. I think this passage sums up his place as #1…

We have left behind the rosy agrarian rhetoric and slaveholding reality of Jeffersonian democracy and reside in the bustling world of trade, industry, stock markets, and banks that Hamilton envisioned. (Hamilton’s staunch abolitionism formed an integral feature of this economic vision.) He has also emerged as the uncontested visionary in anticipating the shape and powers of the federal government. At a time when Jefferson and Madison celebrated legislative power as the purest expression of the popular will, Hamilton argued for a dynamic executive branch and an independent judiciary, along with a professional military, a central bank, and an advanced financial system. Today, we are indisputably the heirs to Hamilton’s America, and to repudiate his legacy is, in many ways, to repudiate the modern world.
-Ron Chernow, Alexander Hamilton