I’ve been delaying this post because I felt uninspired to write about America’s seventh President – Andrew Jackson. Jackson is a big name in history for good and bad reasons. His face adorns the $20 bill and his name is often compared with our current President – Donald Trump. I am not going to write a dry list of all Jackson’s accolades, but instead, I just want to focus on three major components of his presidency. First, however, I must mention that the biography I read was American Lion: Andrew Jackson in the White House, by Jon Meacham. My lack of inspiration with Jackson may partly stem from Meacham’s style of biography which was disjointed and a little heavy on 19th-century gossip. I like biographies which start from birth and end at death – American Lion focuses primarily on Jackson’s presidency – making it difficult to follow a timeline.

Upon the completion of a book, I always have a few key takeaways that stick in my mind. For Jackson, I have three major points that I want to discuss. First off, Jackson was easily caricatured by politicians but in reality, his personality was far from the public imaginings. Jackson is responsible for the powerful presidency we know of today and this shift in thinking made him appear as a despot. Behind the scenes, Jackson loved his country and wanted to protect it like a father – he was highly successful in this arena. My second takeaway was that Jackson was a stubborn man who had conflicting philosophies. This was most pronounced with his views towards Native Americans and slaves. Jackson is responsible for the Trail of Tears which forced Native Americans to move “yet again” from land in the South to the West. This policy was due to Jackson’s belief that different races of people could not cohabitate together – separation or subjugation were the only solutions. My third takeaway was that this erroneous philosophy did not apply to the States in the Union. During his tenure, Jackson prevented South Carolina from succeeding and held the States accountable to federal laws; preventing a civil war and strengthening the power of the Supreme Court. 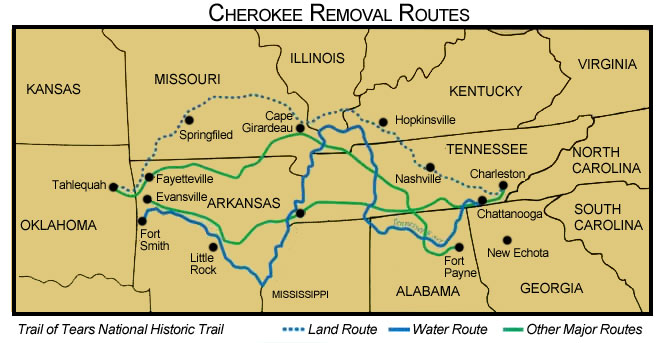 As one can see, Jackson was a complex man who had conflicting philosophies which resulted in policies with negative and positive outcomes. Is the country better off because of Andrew Jackson? Like most Presidents’ track record, this is a hard question to answer. I think overall, Jackson did benefit the country by keeping it together during a time when it was falling apart at the seams. His policies with the Native Americans were disastrous, and that is why I have a hard time liking Jackson. This brings me to my comparison between Jackson and Trump. Donald Trump is a complicated man who is easily caricatured. He is either vilified by the left or overly praised by the right. Jackson changed the strength of the Presidency and Trump is continuing that tradition. I believe just like Jackson, Trump loves his country. But I also think that just like Jackson, Trump has some philosophies which cause contradictions – both helping and hurting the nation. 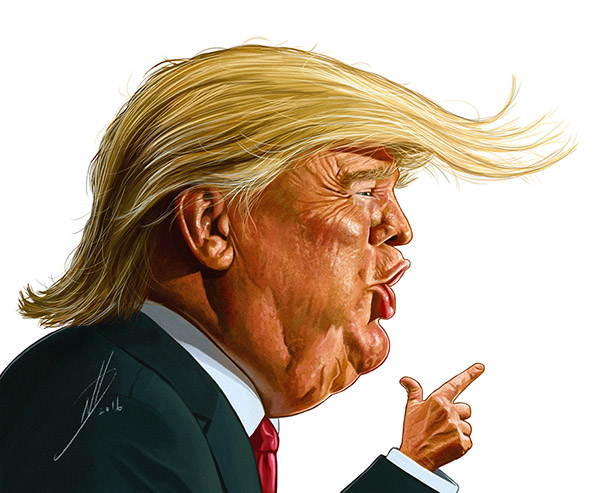 For a long time, I caricatured Trump in my mind. After reading Jackson’s biography, I have changed my mind about our current President. Trump is a very intelligent man and in my opinion a political mastermind. He knows exactly how to rally his base and precisely what to Tweet – ensuring his message is spread throughout the internet. Many on the left think he is an idiot for his comments just like intellectuals thought Jackson was mad for some of his statements. Trump and Jackson are strategists. Some of these strategies have good outcomes for the country while others do not. The point I want to make is that both Trump and Jackson have flaws, but they also have strengths. It is our job not to caricature and be petty but rather to be rationale and discerning. When we caricature we dehumanize. When we dehumanize we become a caricature ourselves. Does that mean I support Trump? Yes and no. Just like Jackson, I have my critiques, but just like Jackson, I think Trump’s biography will give us a more complete picture. At this point in time, however, I am unenthused to write about Trump.

PS – The more I read, the more I see myself as an Independent in the realms of politics. I think party politics close ourselves off from seeing the other side. Thoughts, comments, or questions on anything I said…please send me a message.