I’m back and feel rejuvenated. I needed that break, and I appreciate all the support from my readers. August was a quick month because the whole family went on a vacation to Rapid City, South Dakota. I didn’t know what to expect, but the Great Plains did not disappoint. We saw Mount Rushmore, Badlands National Park, Wind Cave National Park, Custer State Park, and a whole host of wildlife: bears, bison, prairie dogs, elk, deer, snakes, and fat motorcyclists. 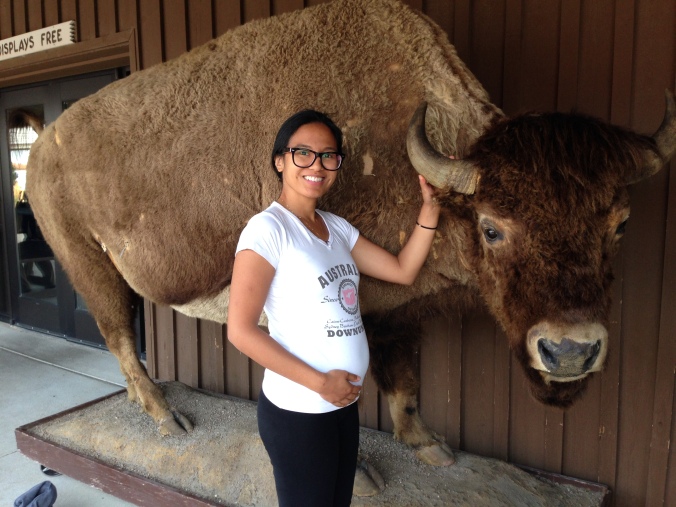 The highlight of the trip was Mount Rushmore for obvious reasons – my favorite President – Theodore Roosevelt – was smiling down on me. Of course, every Oldham vacation entails a large amount of calorie consumption, and I yet again had a special moment in the ice cream aisle. The whole time on vacation, Christina was pregnant and using the baby as an excuse to eat an endless stream of junk food.

“You just finished your second bowl.”

Her stomach throbbing in anger, “Are you trying to starve the baby!”

The Oldhams are not the type to lay idle all day, and we went hiking and biking nearly every afternoon. My back was bothering me from a previous injury, so Christina and I got into a routine of asking each other the “Two B questions” – “How is the baby?” and “How is your back.” I highly recommend checking South Dakota out and exploring one of America’s most underrated states. 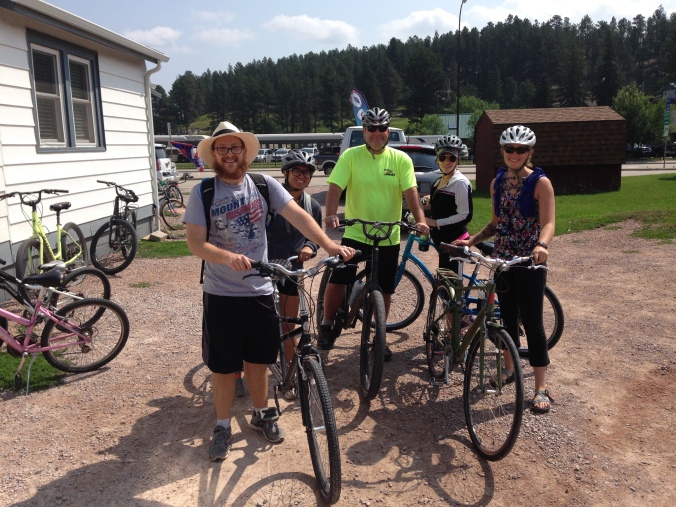 Usually, I am sad to come home from vacation, but on this occasion, my emotions were swinging in the opposite direction. This anomaly was due to the fact we were scheduled to find out the gender of the baby. My views on the gender reveal are mixed. My Amish side tells me to wait while my millennial side tells me to take a peak. We decided to find out the gender mainly because it gets old calling the baby an “It.” The day came this past Wednesday. We were both excited to the point that Christina was unable to sleep and I was unable to control my armpit sweat. I threw on a white shirt, and Christina waddled into the doctor’s office – it should be noted that this waddle has placed her higher up the ladder of pregnancy dominance. We were beckoned into the ultrasound room by an elderly-limping nurse. Years of finding baby sex organs had worn her friendliness into a subtle light, like a dying star in a distant galaxy. I quickly got on her good side by asking a million questions about the baby and the ultrasound. The fetus came on the screen and looked much bigger than the last time. It was moving and kicking – giving the old lady a run for her money. She checked the kidneys, spine, heart, gut, brain, and overall growth – all healthy and normal. I was thanking God during this time and smiling with the revelation that my baby was blessed beyond measure. 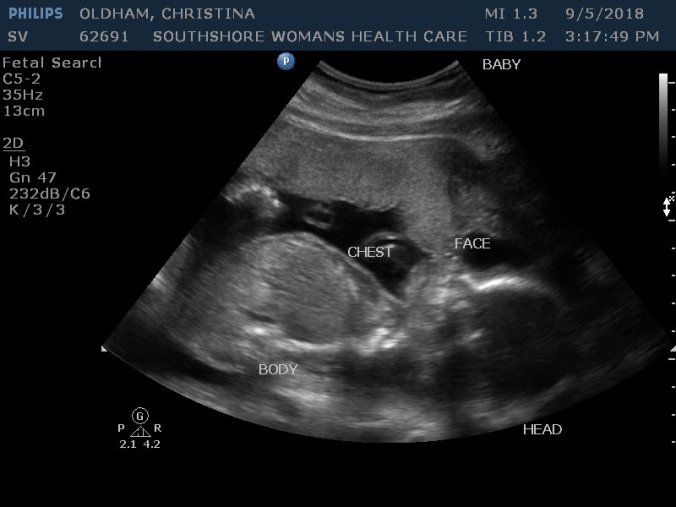 The final moment had arrived – the gender reveal. I was putting my money on it being a girl. I felt this way because every person told me it would be a girl – based on the logic that I would get the opposite of what I wanted – a boy. I wanted a boy because I think boys are easier to raise after puberty. Boys typically don’t care about getting cards on birthdays or arranging bridal showers or bringing up a decade-old argument – typically girls do. Hence, I wanted a boy, but I knew God would help change my mind with a little girl. The white and black blob moved on the screen, and the old sage moved her instrument towards the inguinal region. My fate as a father was only a couple of centimeters away. I tried to keep myself calm by convincing myself that my daughter would feign romance with a “Bad Boy.” One more centimeter. I tried to convince myself that my daughter would be one of those girls who didn’t give the silent treatment when mad. Half a centimeter. I tried to convince myself that my daughter would take after my easygoing personality and not the emotional typhoon of the Philippines. All of a sudden the baby moved slightly and all was clear. It was clear before the nurse even had to say anything. There before my eyes was the sign of the future. It was a protruding mass between my unborn child’s legs. A cocktail weenie instead of a taco.  A baby boy. Theodore-Wallace Reynaldo Oldham. I guess both God and Teddy were smiling down on me that day. 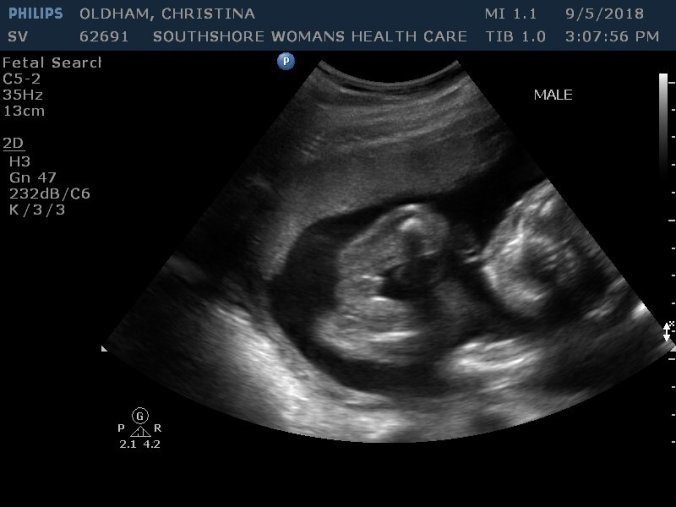