Awhile back, I took a break from my goal of reading all the presidents’ biographies because I was getting burned out with white men politics and I knew you guys were yearning for more variety. It’s been a few months since my last presidential post and with this season of Independence upon us, I decided to return to my mission.  The next president on my list was John Quincy Adams and I picked up his biography by Harlow Giles Unger. I was excited to read about the son of John Adams because I enjoyed learning about the elder statesmen and his family through David McCullough. John Quincy Adams was born on July 11, 1767, in Braintree, Massachusetts. He accompanied his father to France in 1778 and from there went to Russia as a secretary assistant to the ambassador – he was only 14 years old. John Quincy was a precocious student steeped in classical education and was more worldly in his 20s than elder ambassadors at the time. 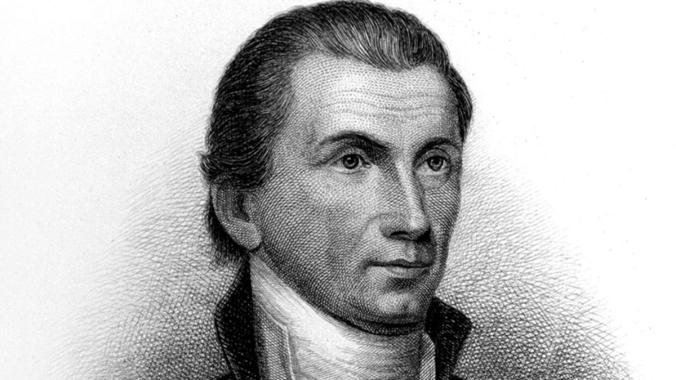 Excelling at diplomacy and statesmanship, his career accomplishments are staggering: American minister to six European countries; negotiated the end of the War of 1812; freed African prisoners on the slave ship Amistad; served 16 years in the House of Representatives; restored free speech in Congress; led the anti-slavery movement, and was the 6th president of the United States. John Quincy Adams’s actual time in the presidential office was not very successful because he appeared too aristocratic; his past-times included reading Tacitus and writing poetry – the opposite interests of Andrew Jackson who usurped him after one term. I want to focus however on Adam’s post-presidency accomplishments – accomplishments which changed the course of American history.

John Quincy’s later life is a lesson on how to respond to hardship. After losing reelection in 1828 and burying his son who committed suicide, he felt dejected and considered leaving political life forever. A flame of hope flickered for him when his local district in Massachusetts approached him to run for the House of Representatives. He became the first ex-president to sit in Congress and became a man on fire in the new role. For the past 30 years, slavery was a topic seldom discussed in government. It was such a hot-button issue that politicians didn’t even speak a word of it on the floor of the House or Senate. This changed however with the addition of the slave state Missouri and the ever-expanding Western boundary of the nation. New states were trying to come into the Union – with each addition, the balance of power between the south and north shifted. 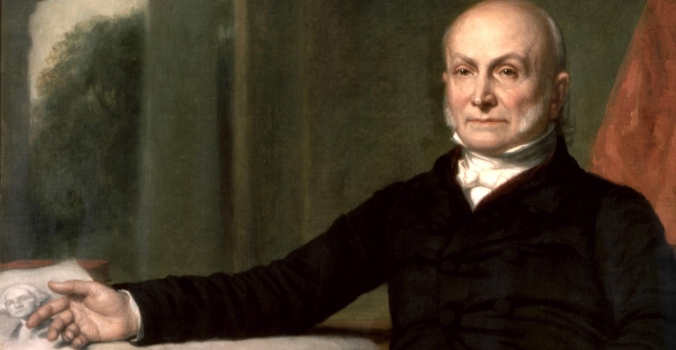 John Quincy had always been an abolitionist, but it wasn’t until his time as a Representative that he pushed this mission into politics. He stood on the floor and spoke the unmentionable words – Southern politicians denounced him and his “traitorous” rhetoric. He wrote in his journal during this time…

“It is among the evils of slavery that it taints the very sources of moral principle. It establishes false estimates of virtue and vice: for what can be more false and heartless than this doctrine which makes the first and holiest rights of humanity to depend upon the color of the skin?”

He would bring up the issue of slavery so often that the Southern politicians created a “gag rule” which would table any mention of the subject. The “gag rule” prevented any debate or discussion and whenever John Quincy tried to talk he was screamed at by Southerners until he was forced to sit down. After countless petitions and arguments, John Quincy was able to argue for his case – at one point he held the floor for two straight weeks. All of his excessive arguing against censorship and slavery led to him being a national hero and beloved member of Congress for those in the north. His driving force would lead to laws that reversed the “gag rule.” His later debates on abolition would influence a young representative from Illinois – Abraham Lincoln. John Quincy was the political matchstick which ignited the fuse leading to the Civil War. The sixth president died in 1848 two days after collapsing in the House of Representatives. His life was filled with education, service, failure, and accomplishments. More than anything, John Quincy Adams, bounced back after defeat and led the country as one of the most preeminent moral leaders. Failure is never the end – it is just the catalyst for a better beginning.