We all know of the Holocaust and the 11 million Jews who were killed by Hitler. Many of us know about the Armenian genocide which took place during WWI – over two million Armenians, Assyrians, and Pontic Greeks were killed during that time. Unfortunately, these were not isolated incidents in the history of humanity, and I have just learned about yet another mass murder. This particular slaughter of people was not a genocide but rather an indiscriminate killing for the sake of prophet. It occurred over a hundred years ago in the area we now call the Congo. These evils came from the most unsuspecting country – Belgium. The nation of waffles and Brussels sprouts – has a hidden history which not many people know about. To learn how Belgium terrorized the Congo, I read King Leopold’s Ghost: A Story of Greed, Terror, and Heroism in Colonial Africa by Adam Hochschild. The real villain in this story is not Belgium but rather Belgium’s King – Leopold II. 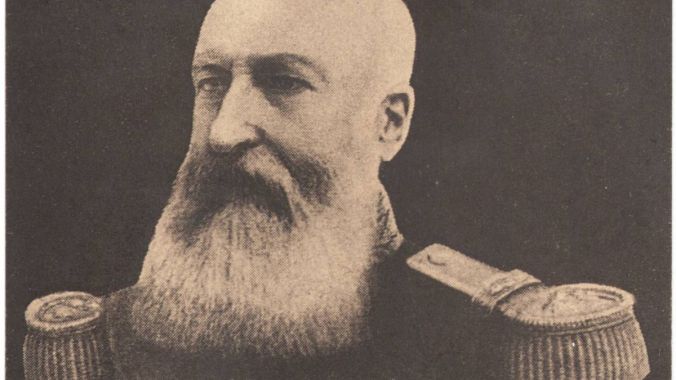 King Leopold II was viewed as the world’s greatest African philanthropist. His generous donations to the continent and his desire for funding scientific explorations were proclaimed across Europe as progressive measures to bring civilization to the savages. Unfortunately, there was a hidden objective in Leopold’s philanthropy – he was collecting as much research as possible so he could found his own colony. In the 19th century, Africa was a piecemeal conglomerate of European colonies – England, France, Germany, and Italy all claimed a portion of the raw material pie. Leopold had a small country complex – Belgium was nowhere close to competing with the big dogs regarding intercontinental control. Nevertheless, the King of a country the size of Maryland was able to weasel his way into Africa. He performed this feat of diplomatic chicanery by founding his own company which was designed to provide humanitarian needs for the newly discovered Congo. This company had its own flag and was technically independent of the Belgian government – allowing King Leopold complete control. The other European forces permitted the company to control the Congo with the aim to promote free trade while preventing major disputes between land-hungry countries. In short order, King Leopold II confiscated all of the native’s property for his “state” and began exploiting the virgin land for elephant tusks and rubber.

Vast quantities of raw materials left the Congolese ports – the only import for the people of the Congo was hired soldiers who enforced the status quo of exploitation. This military force ruled by the rifle and the chicotte – a whip made of hippopotamus hide cut into long corkscrew strips. These “humanitarians” were given commissions based on how much ivory could be collected. This capitalistic motivation led to the forced labor of the Congolese at a time when Europe was aghast at all forms of slavery. Things only got worse after scientists discovered new and useful applications for rubber – the pneumatic tire being one example. The Congo was full of wild rubber, and this brought new terror for the natives. Men of all ages were forced to meet quotas of rubber; If they did not comply they were shot, or their families were forced into labor. As the rubber began to run out, the Congolese were required to travel longer and longer distances – draining villages of work for harvest and subsequently causing thousands to starve. A typical punishment for the Congolese was to cut off a member of their body – a missing right hand was a ubiquitous sight.

Between murder, starvation, susceptibility to disease, and labor exhaustion, the population of the Congo dropped by half during Leopold’s control: 1885 – 1908. That is a total of 10 million people! A scary number, especially since very few people know about this history. It is as if I were writing this blog post about the Holocaust and people were reading about the acts of Hitler for the first time. Of course, this was not a pure genocide, but it was a well-documented atrocity which affected the lives of various Congolese tribes; that is why many are beginning to call this point in history the “Hidden Holocaust” and why I think it is more important than ever to keep learning about our past. If WWII is our only knowledge of the mass murder, we will think it is an isolated occurrence – something that was an anomaly and will never happen again. I wish I could say it was an anomaly but it is a sad pattern which we need to understand to truly prevent. Did you know anything about King Leopold before this post? What are your thoughts on history repeating itself? Should schools do a better job of teaching these lessons? I love your comments.

“The Congo Free State is unique in its kind. It has nothing to hide and no secrets and is not beholden to anyone except its founder.” – King Leopold II (Founder)

2 thoughts on “The Congo’s Hidden “Holocaust””