Have you ever met someone who drained you emotionally? Someone who took advantage of you or left you questioning your own sanity? Or even someone who defied all your niceties and norms of social intelligence? Unfortunately, most people answer yes to these questions and admit they were the victim of an Emotional Vampire. Emotional vampires are people that don’t suck your blood but rather suck out your emotional energy. I remember interacting with an individual in college who made me want to pull my hair out – many nights I laid awake wondering if I had done something wrong and how I could protect myself from being drained. My wife actually led me to this topic by suggesting the book Emotional Vampires: Dealing with People Who Drain You Dry by Albert Bernstein, Ph.D.

Emotional Vampires are all around us, and they materialize as spouses, friends, neighbors, coworkers, and strangers. Like the mythical Vampires in the movies, Emotional Vampires cannot see there own reflection in the mirror – oblivious to their blood-sucking personalities. These individuals do not have full-fledged personality disorders which are diagnosable; they do however have attributes which provide fangs for their emotional draining: antisocial, histrionic, narcissistic, obsessive-compulsive, and paranoid vampires are the most common. I like to think of Emotional Vampires like food sensitivities. People with peanut allergies have a diagnosed problem which could kill them; people with peanut sensitivities are bothered by peanuts, but they are not hospitalized if exposed. Using this same line of thought, a person with diagnosed Antisocial behavior needs medication and treatment. An Antisocial Vampire has “sensitivities” in comparison to the clinical diagnosis, but they still behave similarly in some degree.

Bernstein provides several techniques for identifying and dealing with Emotional Vampires. You may know a Vampire if he or she thinks their needs are more important than yours, that the rules don’t apply to them, that it is never their fault, that they don’t need to wait for anything, and that they can get their way through throwing tantrums. This list identifies adults who are primarily toddlers when it comes to certain undesirable circumstances.  Let’s use the example of Ted and Nancy – a married couple who most of the time get along. Nancy is an OCD Vampire who continually needs order and control in her life. One weekend, Ted decided to clean the entire house and surprise Nancy with a night off from her regular routine of cleaning. Upon entering the home, Nancy says nothing and goes to the kitchen. Ted assuming that she didn’t notice – is about to bring up his hard work – when Nancy passively makes a comment about the dishes having dried on food. Ted kicks himself for not scrubbing them better and is about to bring up all the other things he cleaned when Nancy looks over at the garbage and tells Ted to take it out. Ted is frustrated at his mistakes and takes the trash to the curb; upon reentering the house he sees Nancy busily recleaning the dishes –  she grudgingly accepts Ted’s hug, but she internally scorns him as he desparingly slumps into the sofa to watch TV. 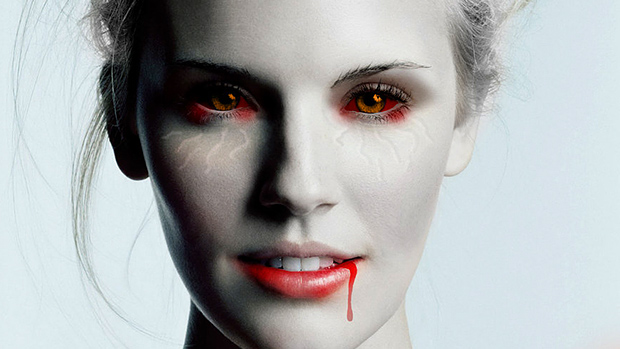 Emotional Vampires show their fangs when things are not going their way – which ultimately disguises their sharp weapons from most victims. The best way to combat these bloodsuckers is to not reward their bad behavior. Say you have a boyfriend who is a Paranoid Vampire. You go out for an afternoon with a friend and come home to a warm embrace. All is well until you begin to get drilled with questions as if you were hiding some malevolent secret. Paranoid Vampires will cross-examine their victims – ad infinitum – unless a firm stop is made early in the relationship. Most Vampires will stop in their tracts if you prevent yourself from becoming emotional and approach the situation with a rational mind. Vampires love fights – whether passive or aggressive – and no progress will be made if you mirror their well-practiced behaviors. The best thing to do is to take a “time-out” and compose yourself for a more productive-future conversation. Emotional Vampires are not “bad” people, and many are famous figures who run the world. The traits of a Vampire can be a blessing or a curse depending on the situation and objective – think of the success of a narcissist or the creativity of a histrionic. What’s most important though is to know when to spot a Vampire and to understand how to approach their off-putting behavior – the first step, however, is the hardest – a long look in the mirror.